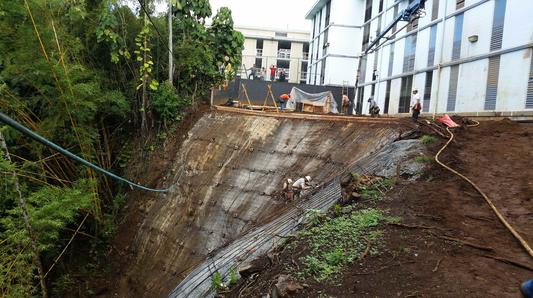 The American Society of Civil Engineers (ASCE) Hawaii Section is pleased to announce the 2015 Outstanding Civil Engineering Achievement (OCEA) Award winners. The purpose of this award program is to recognize projects that demonstrate important outstanding civil engineering accomplishments by Hawaii’s design and construction professionals. To be eligible, projects were required to have been designed or constructed in Hawaii and completed within the last two years. Some of the key judging criteria included: Resourcefulness in identifying and solving design challenges; Contributions to the well-being of people and communities; Pioneering use of materials and construction methods; Inventive or new application of civil engineering technologies; Protection of and reducing impacts to natural resources; Beneficial effects of the project, including aesthetic value.

The following projects and project teams were honored and presented with awards at the ASCE Hawaii Section OCEA Awards Banquet, held at Treetops Restaurant on Saturday, September 26th, 2015. Congratulations to our winners!

Riverside Apartments is a 3- and 4-story 74unit affordable housing apartment complex that was constructed in 1973 on a tall and steep river bank fronting the Wailuku River in Hilo, Hawaii.  Riverside Apartments provides critically needed affordable housing to the Hilo community through the assistance of and rental subsidies provided by the United States Department of Housing and Urban Development (HUD).  However, in 2010 during a routine HUD compliance visit, the HUD inspector recognized portions of the Riverside Apartments were dangerously close (within 10 feet) to an inherently unstable steep section of the river bank that towers nearly 50 feet above the river that threatened to topple the building into the river.

At risk of losing the critical HUD project-based rental subsidies necessary for the operations of affordable housing, BIHF Community Based Non-Profit Corporation (BIHF), the former owner of Riverside Apartments, contracted Yogi Kwong Engineers, LLC (YKE) to conduct a geotechnical slope stability investigation.  YKE performed a multi-faceted geotechnical investigation utilizing conventional exploratory drilling; geologic mapping; and state-of-the-art geophysical surveying which confirmed the unstable condition of the river bank and verified the likely potential for a slope failure which would undermine the apartment building’s shallow foundations and put many of the 300+ residents in harm’s way.

YKE was subsequently contracted to develop construction bid documents and the necessary permits to stabilize the slope and protect the building. At the onset of the design process, YKE was faced with the challenge of assisting BIHF and UHC 00382 Hilo, L.P. (UHC), the new Riverside Apartment owner, in addressing the concerns of the various financial institutions involved in financing such a unique and high risk project.   The design also faced a technical challenge to develop a design which would protect the building and stabilize the steep and tall river bank with limited access at the top of the bank and even less access at the base of the slope which directly borders the environmentally sensitive Wailuku River.  Moreover, access to the riverbank via the Wailuku River was prohibited unless an Army Corps Clean Water Act Section 404 permit was obtained, a lengthy process which would have taken two years or more causing the Riverside Apartments to lose its HUD rental subsidies and also become disqualified for the highly sought after federal tax credits which were critical to the project’s financing and economic viability.

​YKE developed an innovative design concept that avoided a CWA Section 404 permit and included integrated slope stabilizing soil nails and rock anchors; reinforced shotcrete slope protection; and micropile underpinning of select building footings to provide protection of the building’s foundation under more extreme seismic events.  A cost saving approach was developed by utilizing the detailed field data gathered during the investigation phase which identified layers of bedrock rising up into the slope face towards the upstream and downstream ends of the project area.   The soil nails which are typically installed perpendicular to the slope, were instead angled towards the peripheral underlying bedrock on both sides of the deep, soft, and unstable volcanic ash which supported the building.  This allowed mobilization of higher stabilizing forces for the design of shorter cost-effective soil nails which are constructible using light weight equipment.

The numerous required permit applications were prepared and the bidding documents were released to prospective bidders only 7 months after YKE was contracted to commence with permit applications and design.  YKE supported UHC in selecting the lowest price qualified bidder and obtained approval for the required permits including County Building Permits, Special Management Area Permit, Stream Channel Alteration Permit, Department of Army Jurisdiction Determination, and an Environmental Assessment to allow the contractor to mobilize and commence construction without delay.

The unprecedented project included removal of dense vegetation and trees up to 80 feet tall which had overgrown the steep slope face, installation of 400 feet of micropile underpinning, over 4,000 linear feet of stabilizing soil nails and rock anchors, and 150 cubic yards of reinforced shotcrete.  Custom fabricated light-weight “wagon-drills”, powerful enough to drill through the challenging subsoils yet mobile enough to rappel and drill on the vertical slope faces, were used to install the stabilizing soil nails and rock anchors.

​Construction commenced in January 2014 and was completed on time and under budget in August 2014.  The timely completion of design, permitting, and construction met the tight schedule necessary to allow the Riverside Apartments to qualify for valuable sought-after federal and state tax credits awarded by the Hawaii Housing Finance & Development Corporation (HHFDC), which were essential to the project’s financial viability.  Furthermore, the stabilization project not only prevented the U.S. Housing and Urban Development agency from foreclosing on this much-needed affordable housing project but it also preserved their continued rental assistance subsidies.  The financial support from HHFDC and HUD, which was reliant on the timely completion of the bank stabilization project, also made it possible for other much needed improvements and renovations that improved the overall aesthetics of the Riverside Apartments and greatly improved the quality of life of the residents who enjoyed completely renovated apartment units.